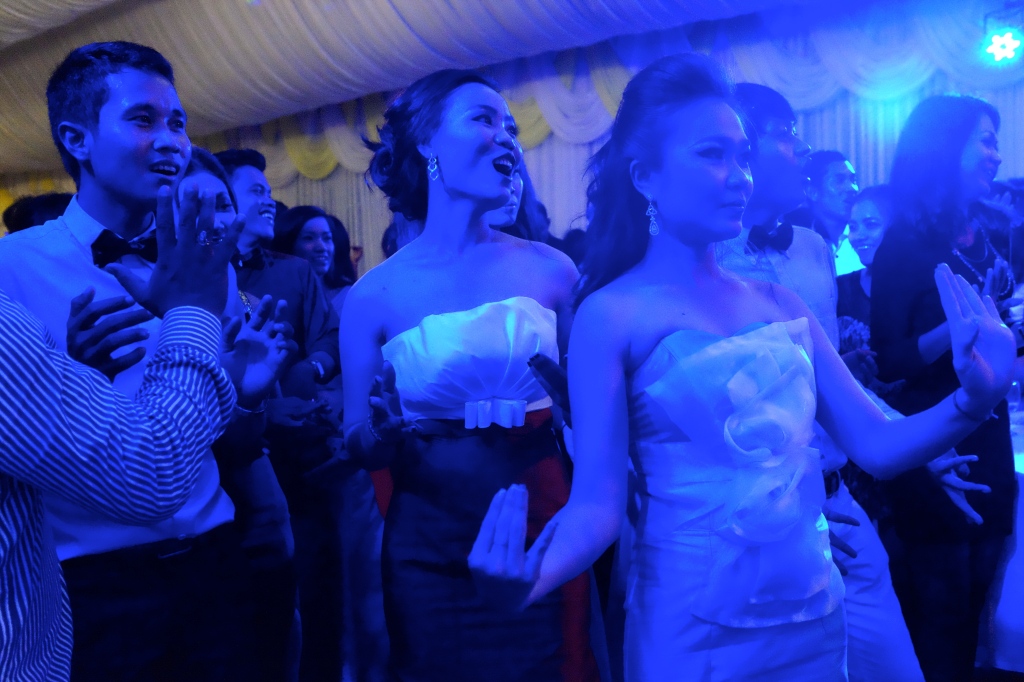 Except to intrepid travellers, Phnom Penh and having a good time don’t come readily together. This medium-sized capital of a small South East Asian nation, which claim to fame is a magnificent cluster of ruins and faces of Buddha peering out of jungles and rice fields embedded with unexploded landmines and human skulls, is in reality Asia’s most free and openly tolerant city.

Amazing, because no country in Asia has endured so much physical and psychological abuse as Cambodia.

According to recently released data, the US Forces during the American Indochina war dropped 2,756,941 tons of bombs on Cambodia- almost a third more than the entire Allied bombs used in World War II making Cambodia the most heavily-bombed country in history.

Then, exactly forty years and a fortnight ago, Communist troops drove out the US-backed government of Prime Minister Lon Nol forcing him to flee into exile in Hawaii. The band of ragtag peasant soldiers led by an ex-teacher from a local French school named Saloth Sar, known to the world after 1976 as Pol Pot, took over Phnom Penh and within hours emptied it of people by ordering everyone out to the countryside where they were to face exploitation, cruel beatings and death.

In less than four years of rule by Pol Pot and his followers called Khmer Rouge, the regime overworked, starved, tortured and executed to death a quarter of Cambodia’s population. The Khmer Rouge wanted to create a socialist Utopia. In their mad experiments of horror and paranoia they laid waste to the entire country and literally set Cambodia back to ‘Year Zero’ by abolishing money, markets, schooling, religion and private ownership.

Things did not exactly turn rosy when the Vietnamese Army invaded in 1979 getting rid of Pol Pot. Fighting continued between the Vietnamese installed government of People’s Republic of Kampuchea (PRK  later rebranded in 1989 as State of Cambodia to attract a wider international appeal) and the China-backed Khmer Rouge who retreated to territories along the Thai border.

Other groups such as the Khmer People’s National Liberation Front (KPNLF) and FUNCIPEC under Prince Sihanouk soon joined in the fray creating a four-corner fight.

By the time Peace Agreements were signed in Paris on 23 October 1991 hundreds of thousand of Cambodians had been displaced in refugee camps in Thailand and tens of thousands killed by the civil war.

The Paris Agreements created the United Nations Transitional Authority in Cambodia (UNTAC) to temporarily run Cambodia. UNTAC with a 22,000 strong multinational civilian and military peacekeeping force drawn from 45 countries was given the mandate to disarm and de-mobilize the four Cambodian armed factions and to prepare the country for elections which eventually took place in May 1993.

Today Phnom Penh has come a long way from its previous incarnations as a French colonial gem in 1920s, independence-era model city in the 1950’s, Khmer Rouge Ghost city in the 1970’s and UN-NGO cowboy town of the 1990s.

In its freewheeling and anything goes spirit, Phnom Penh is now peerless in this part of the world, perhaps reminiscent of Macau or Hong Kong in its mid colonial heyday or Malaya during the tin rush. With its high number of entrepreneurs and emigres from Asia and beyond, a magnificent river frontage, excellent Chinese restaurants and budding coffee culture, Phnom Penh is ready to take on its larger, richer but socially and politically shackled regional rivals.

As proof, Cambodia is already growing faster than China, India,Indonesia and Malaysia.