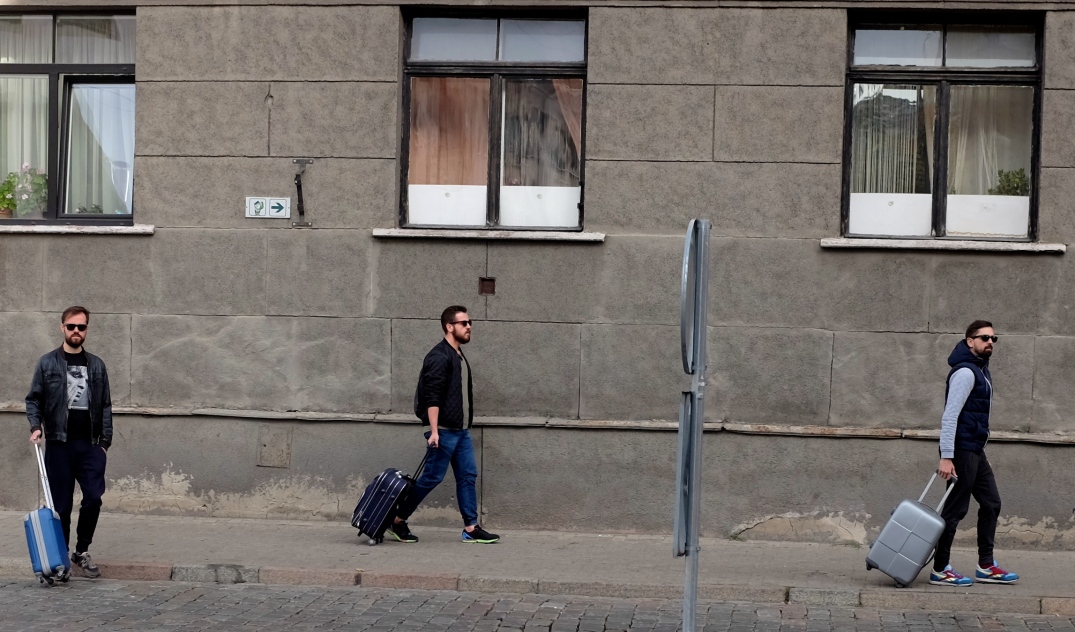 It takes just over 4 hours to get to Riga by bus from Vilnius. It is a gentle journey from inland to the shore brushing the belly button of Europe as we pass near the continent’s geographic midpoint.

The Lux Express is a comfortable coach. I settle cozily next to an empty seat and a coffee machine that unfailingly dribbles ten percolations of free black brew. Outside the bus window the scenery is monotonous and sleep-inducing. It is day two of my flu.

As the sun descends I catch sight of an iron bridge with a girder of five steel arches over an imposing river – the Daugava or Dvina which flows to the sea here from Russia. We have just reached Riga. The bus steers into a parking lot beside a moat with early evening views of warehouses and a yellow Stalinist skyscraper. 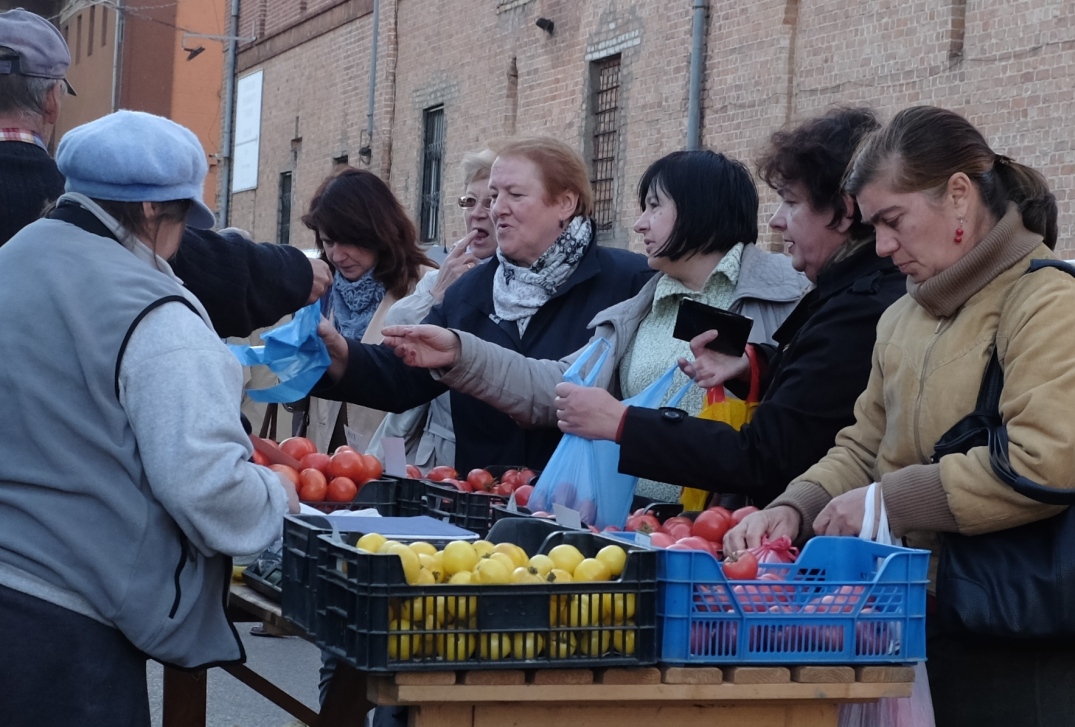 Riga is the biggest, most industrial, and least medieval-looking of the Baltic capitals.

Despite damage done to it by two world wars and scars from the soviet era makeover, Riga by the Gulf is still by any standard a stunning head turner. 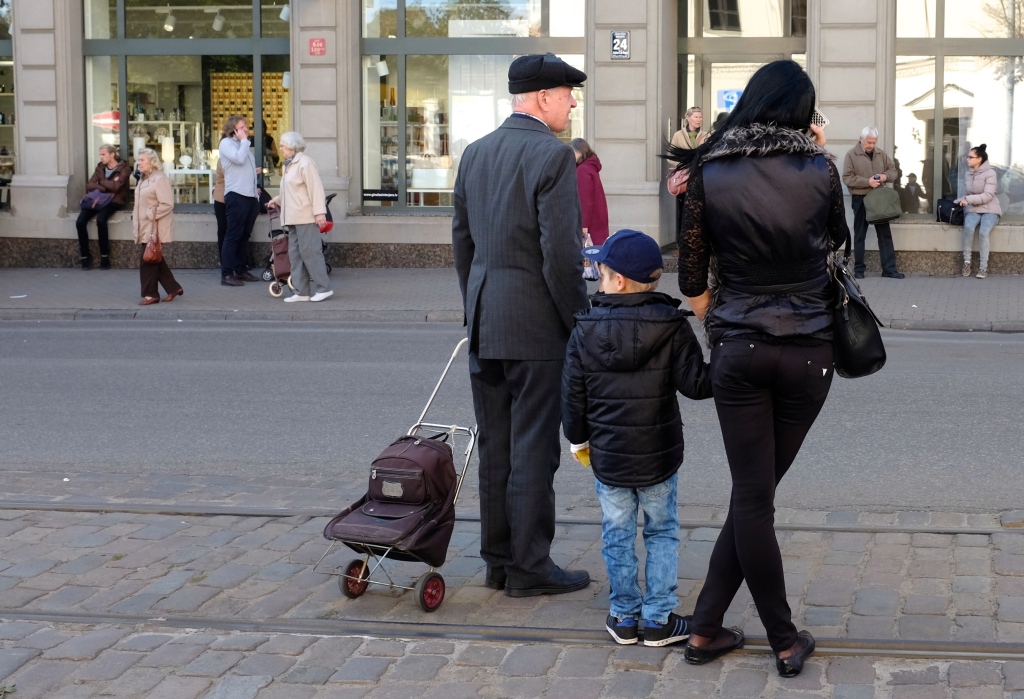 In all but a few short decades of its nearly one thousand years history Riga was a city inside other people’s empires, a great Latvian seaport ruled in succession by outsiders.

From the very beginning German merchants, monks and medieval knights came and ran Riga, terming themselves the Livonian Brothers of the Sword. After the Teutonic Knights came the Polish-Lithuanian Commonwealth which ruled Riga for a period of time, followed by almost a century under the Swedish Crown when Riga became the largest city in Sweden.

Of all the legacies bequeathed by its many foreign masters, it is that of Russia that is most tangible, recent and a constant source of friction and unease.

The giant next door neighbour left behind not only houses, statues and cooking style but also its people. Today half of Riga’s population of 700,000 is Russian by race or mother tongue rousing the city’s cosmopolitan air and feminine allure. 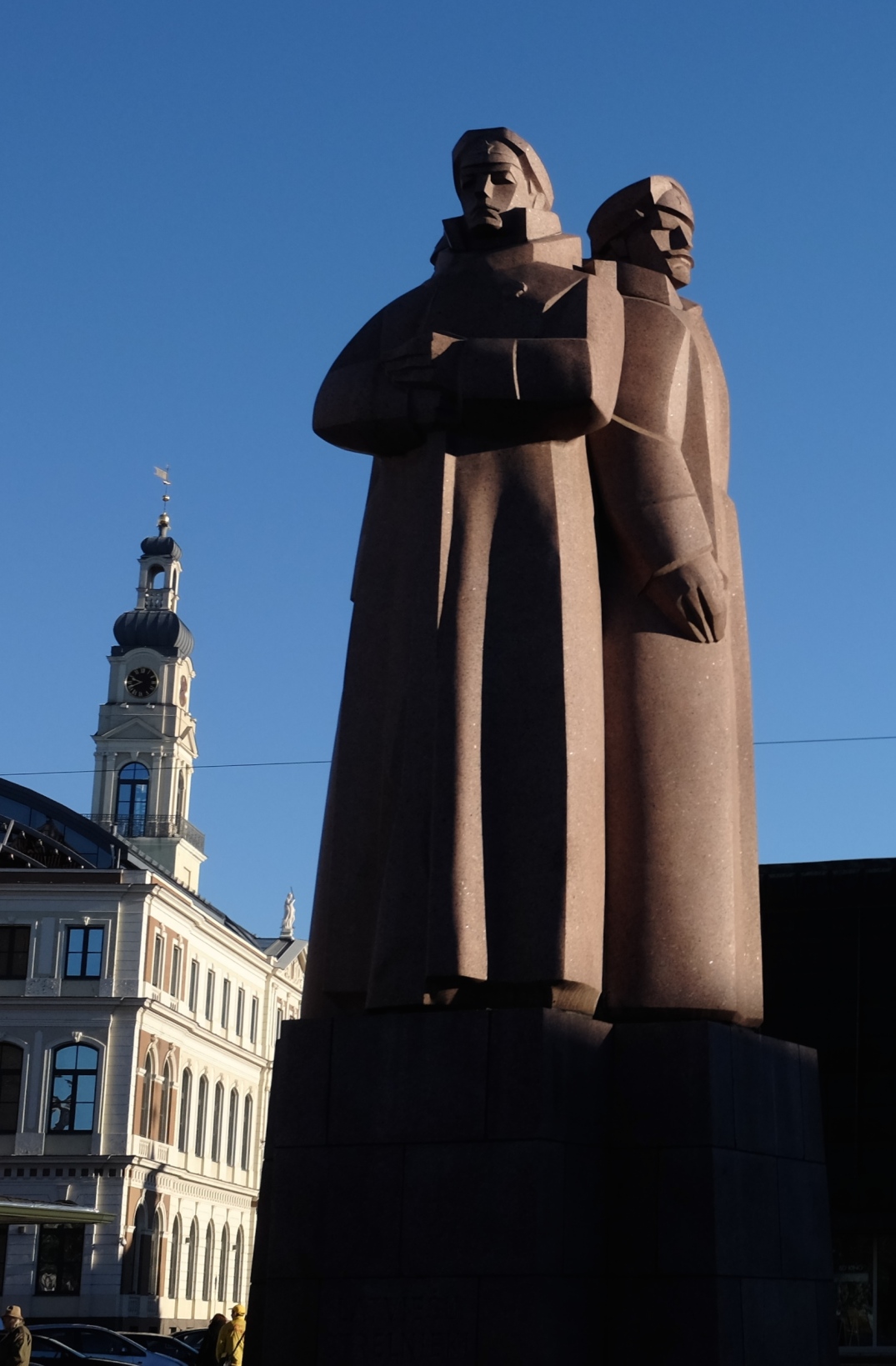 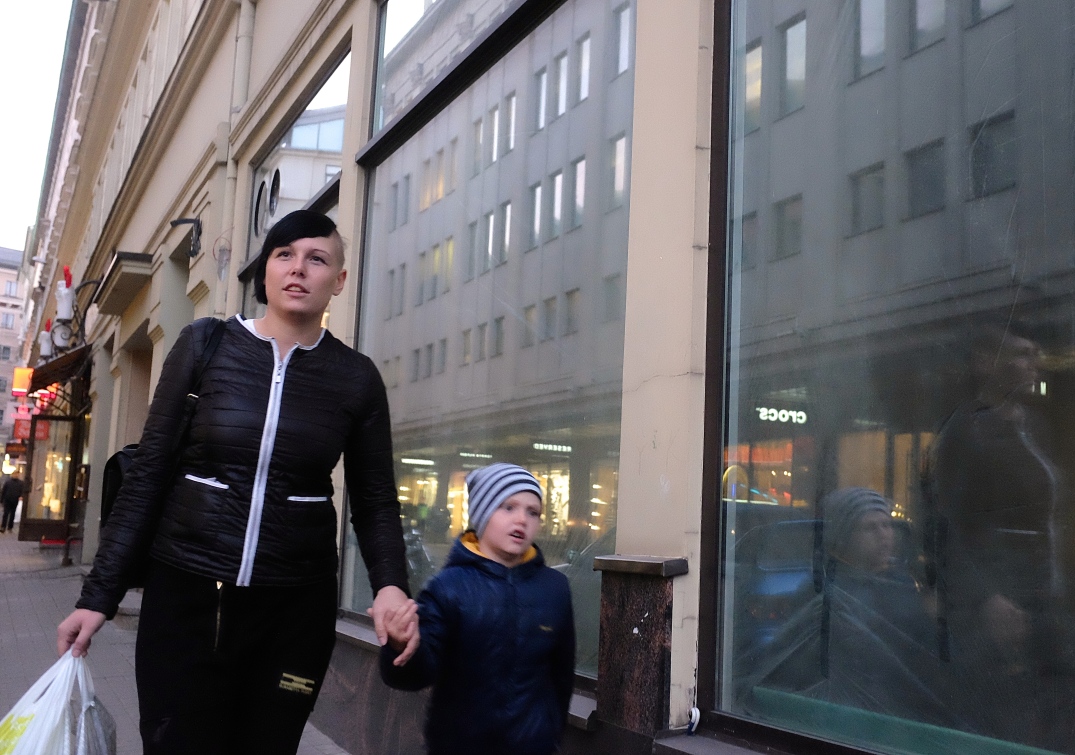 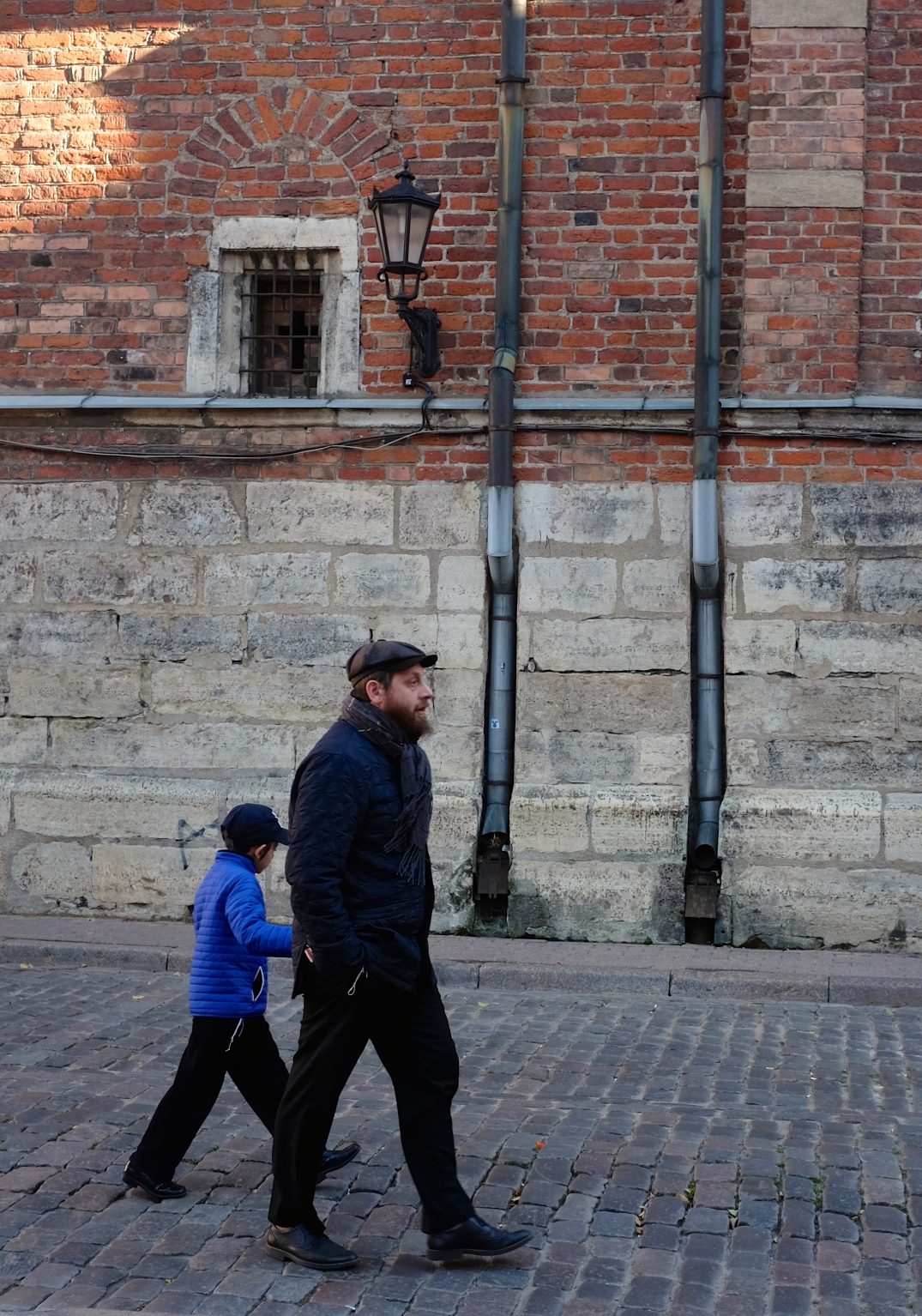 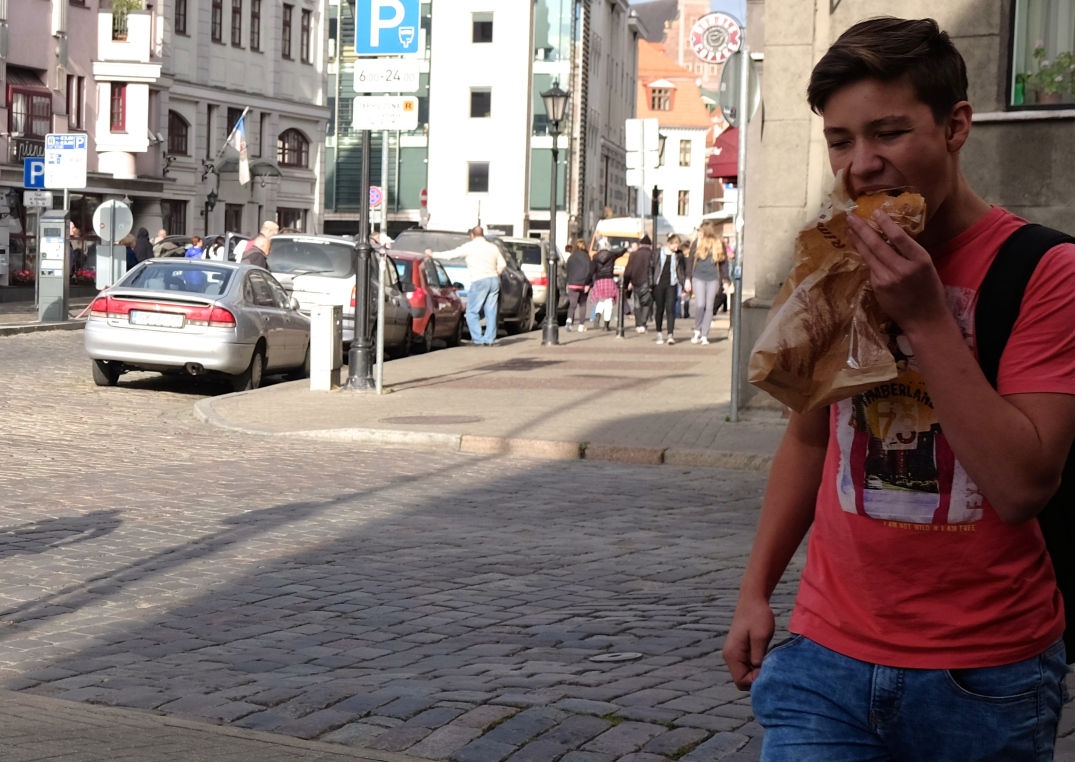 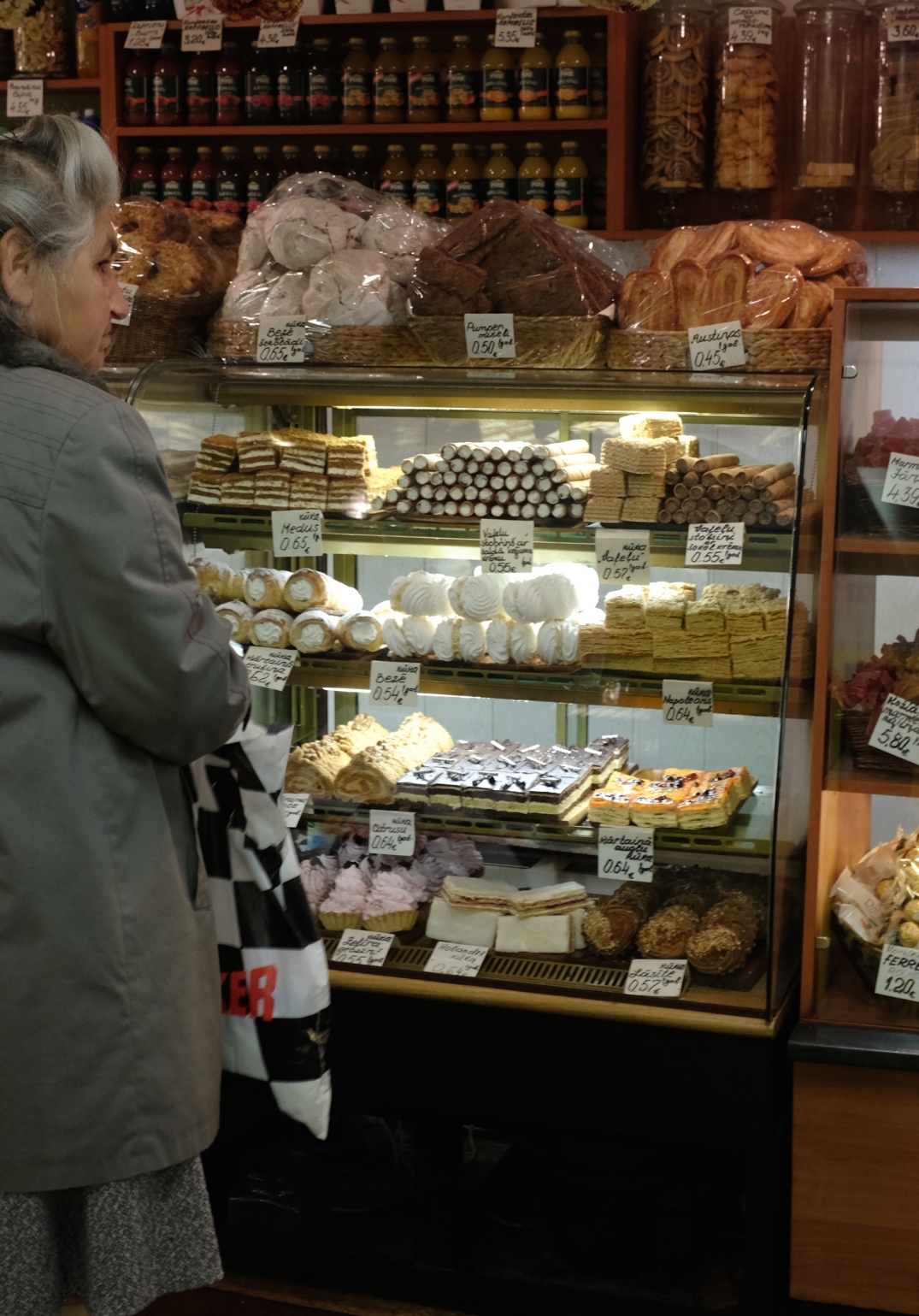 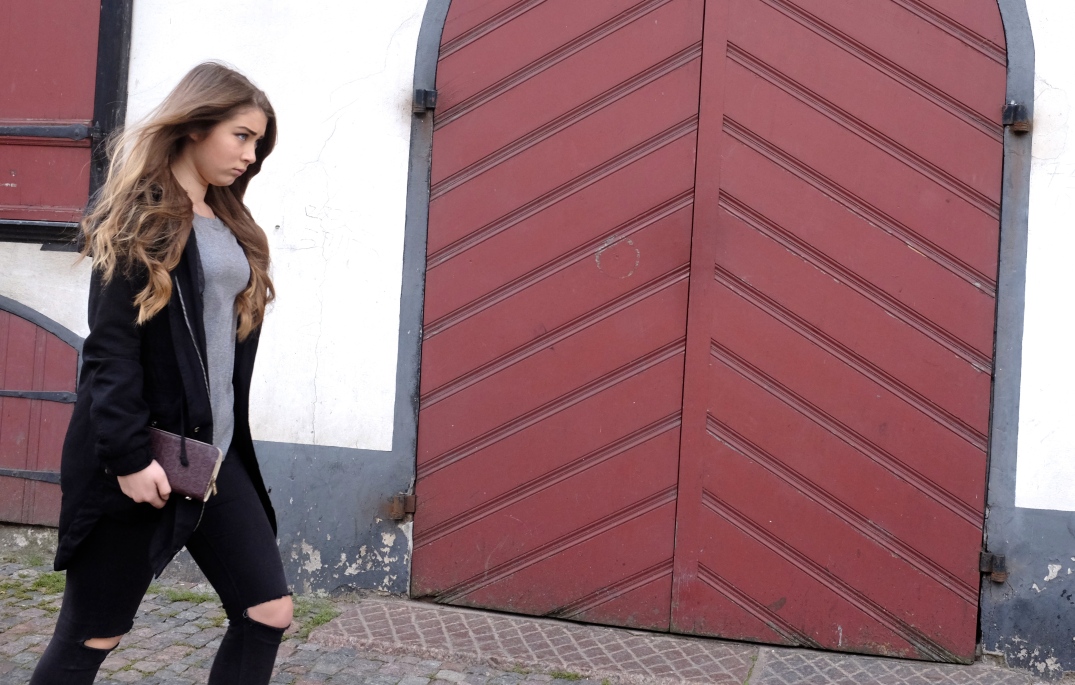