Less than half a century after they arrived in Asia and conquered Melaka (Malacca) the Portuguese busied themselves in another part of the world fighting off other European claimants especially the French and laying the foundation for their empire’s latest and greatest acquisition Brazil. It was in this period that Sao Paulo had its beginning when in January 1554 a Jesuit brother named Jose de Anchieta climbed over the hills from the coast and built a school around which a town soon flourished.

Sao Paulo’s pioneering years were anarchical and ruthless as the early settlers made an industry out of capturing indigenous tribes and selling them off as slaves. In those days the word “Paulistas” was one that struck terror amongst settlers on the coast and in other parts of Brazil. According to historian Felipe Fernandez-Armesto the Paulistas were “big men, well nourished, and bulgingly muscular, their girth enhanced by folds of quilted armour, bristling with arms and shaded by hats of roughly woven reeds”.

There is really no reason to go half way round the world just to see Sao Paulo but if you happen to layover (like we did) then you will find at least something to like about this city of nearly 30 million souls located on a vast coffee plantation-strewn highland plateau on the same sub-tropical latitude as Rockhampton, Australia. Sao Paulo is scary but, like the rest of Brazil, indulgent, exhibitionistic and (if beans form a big part of your diet) also an interesting food destination.

Our hotel was in Itaim Bibi a district adjacent to Jardins (Gardens in Portuguese) in the upscale parts of Sao Paulo but I still felt uneasy and nervous when walking down the streets. I was afraid I might get robbed or stabbed with a knife especially if I was not alert or got momentarily distracted by a waxed brazilian beauty bending forth in tight tiny apparels. I had read about frequent crimes in Brazil’s cities and was by then in some suitable state of preparedness and paranoia.

The next day on a warm and quiet Sunday morning I walked to Parque do Ibirapuera.  On my free city map the park is located just a few streets immediately east of the hotel. There were very few cars or people outside except for a few commuters waiting at the bus stop, a lone pedestrian here and there and families riding bicycles together. I crossed the road to a mainly residential neighborhood mixed with businesses offering legal advice, diet counseling, slimming massage, dental cosmetics and other services catering to the discreet needs of the rich. All were housed in flower-festooned villas protected by high gates, electrical fences and unsmiling men with rifles. I strode past warily with my camera tucked away inside my bag pack. Arriving quickly at the park I was relieved and happy to see and sense police presence everywhere. I felt like a camera totting tourist again only this time caged inside a sylvan sanctuary where police armed with guns and anti-riot gear had been assigned to watch over legions of cyclists, joggers and couples in love. 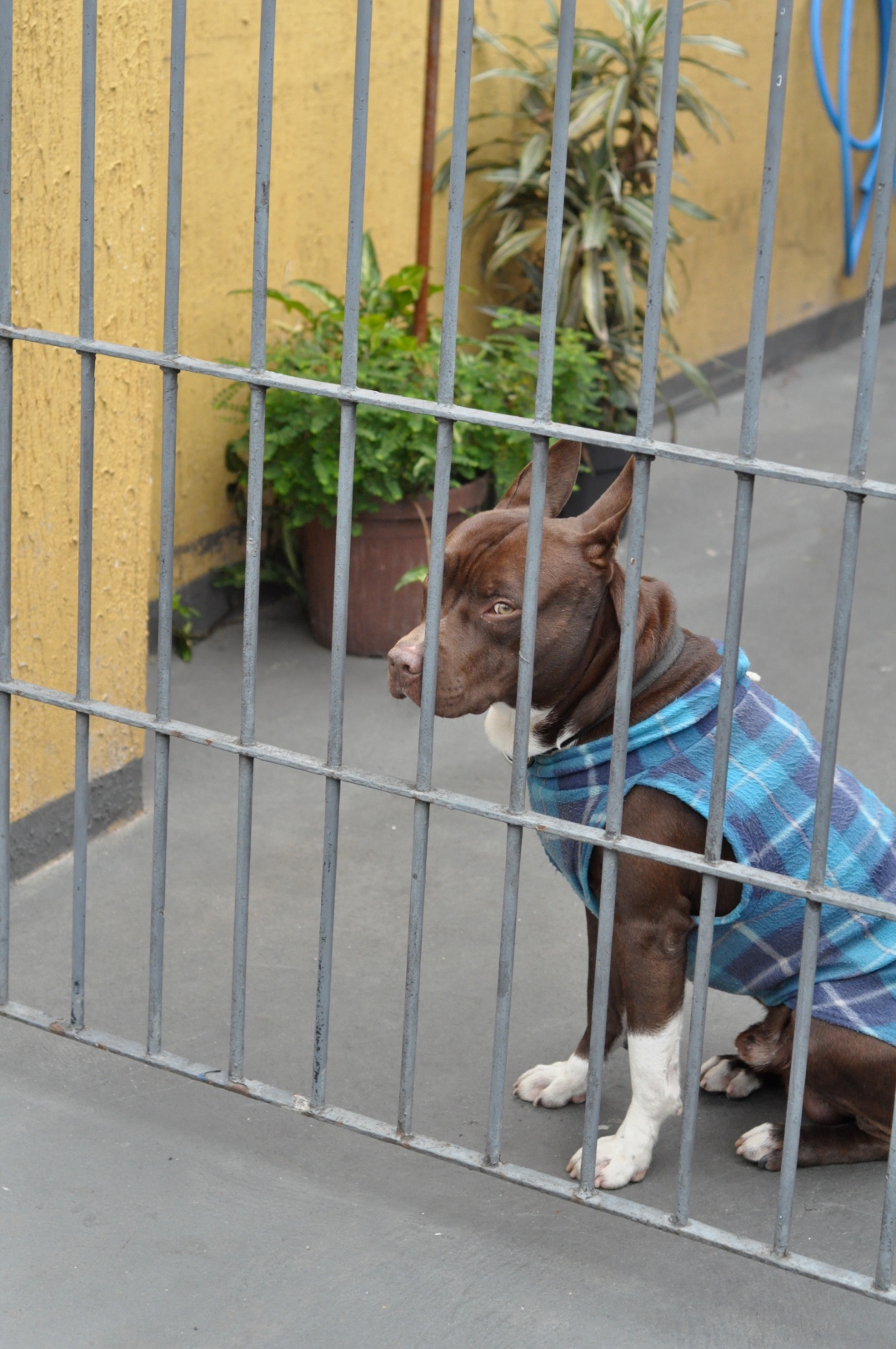 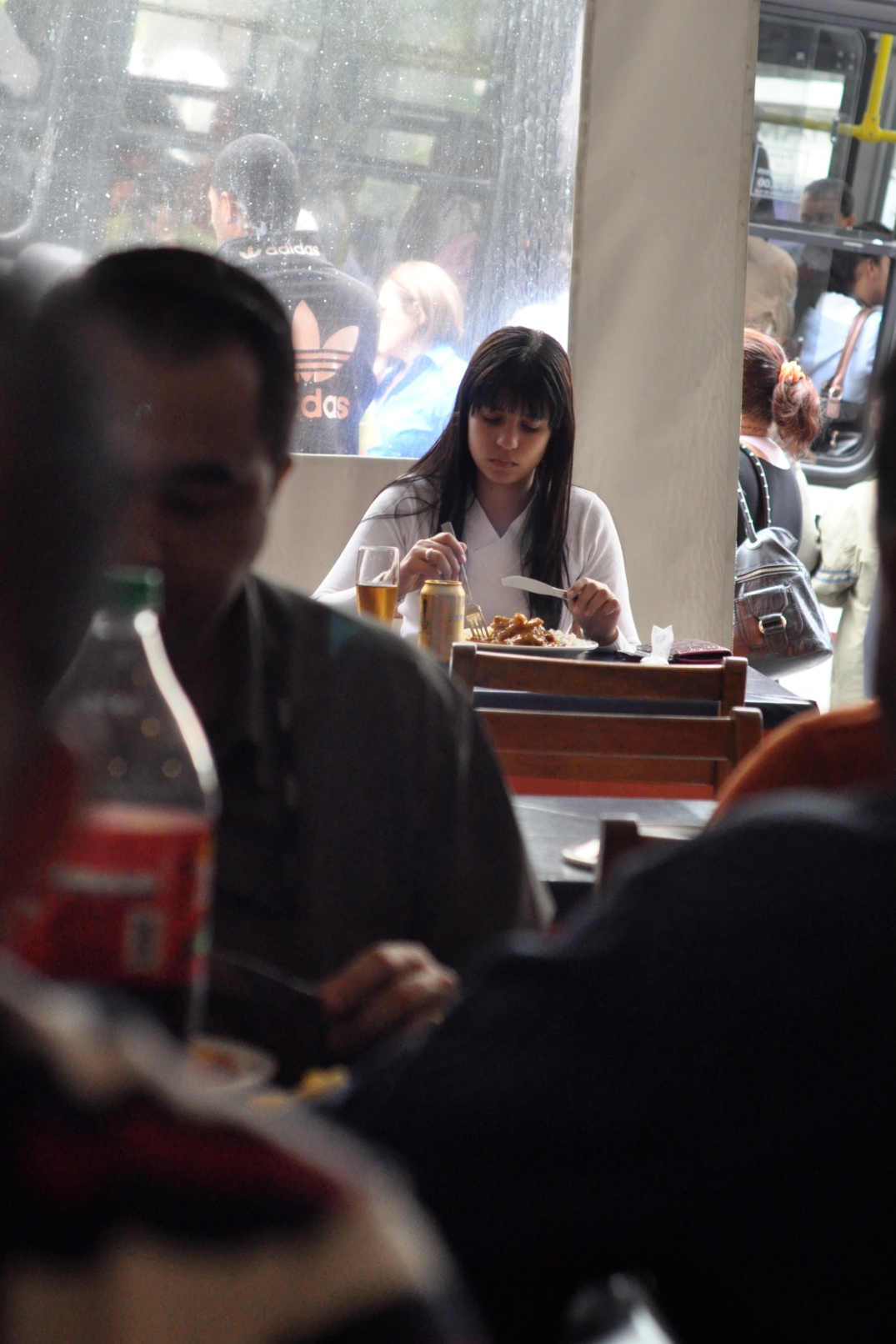 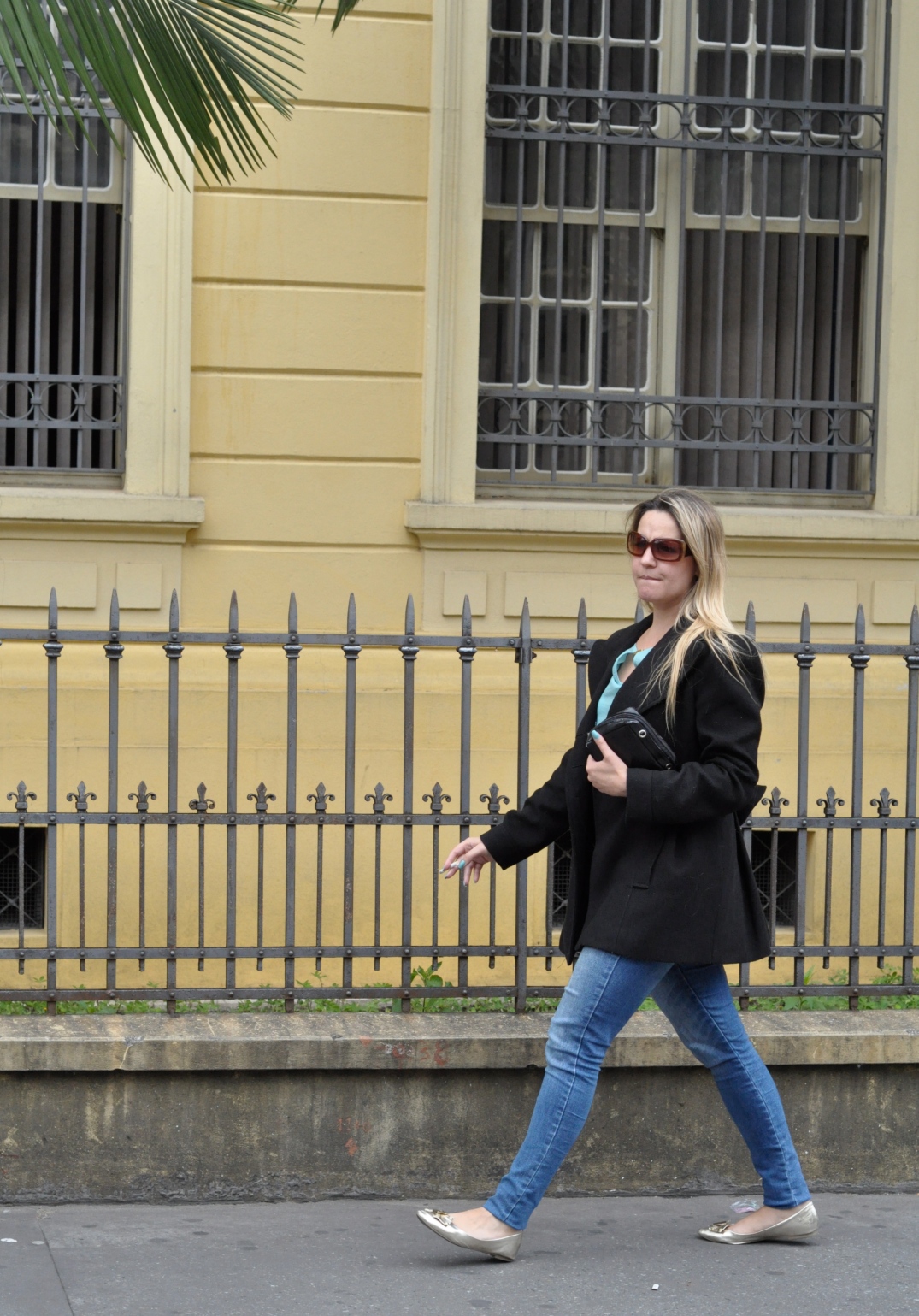 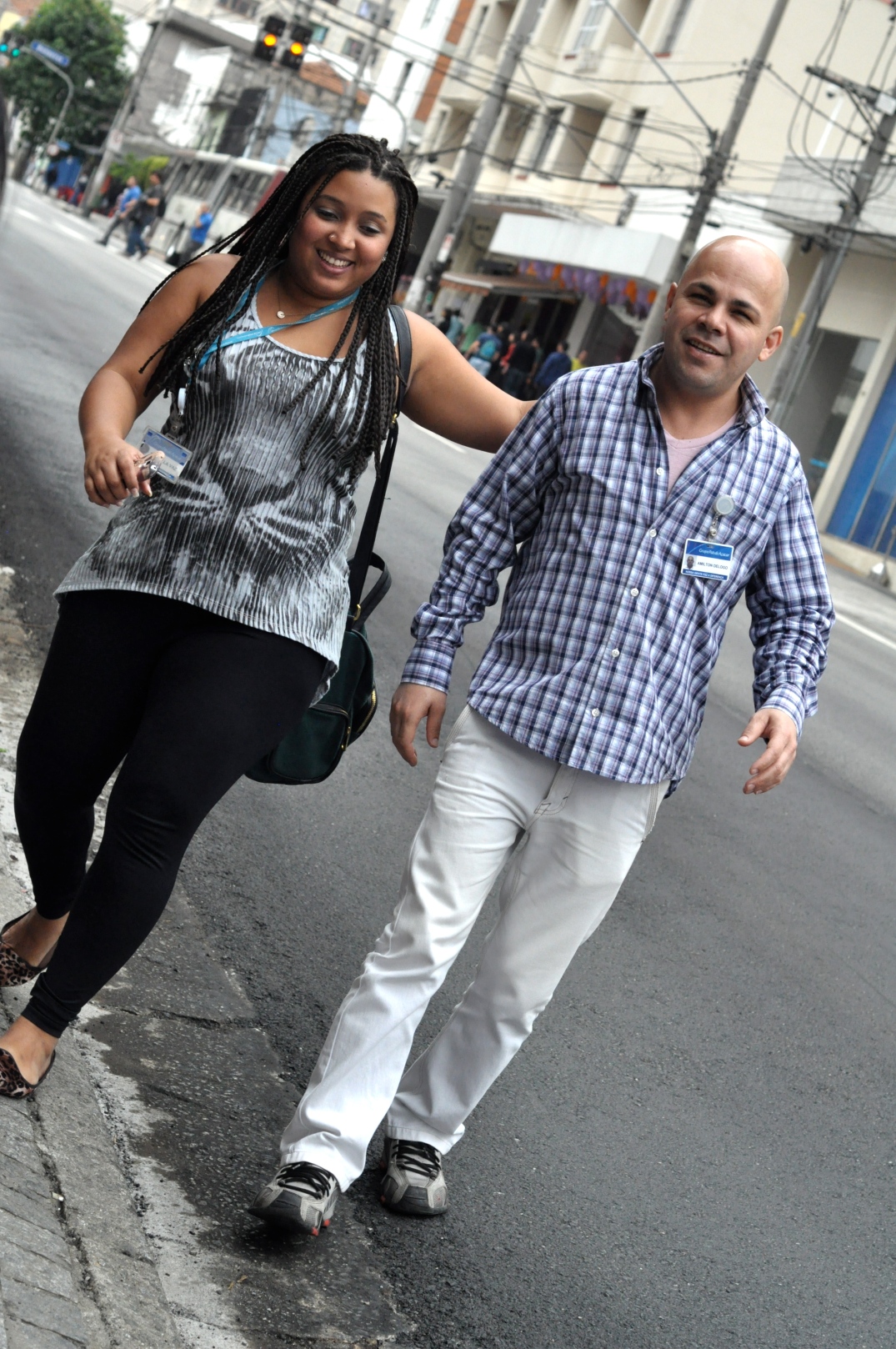 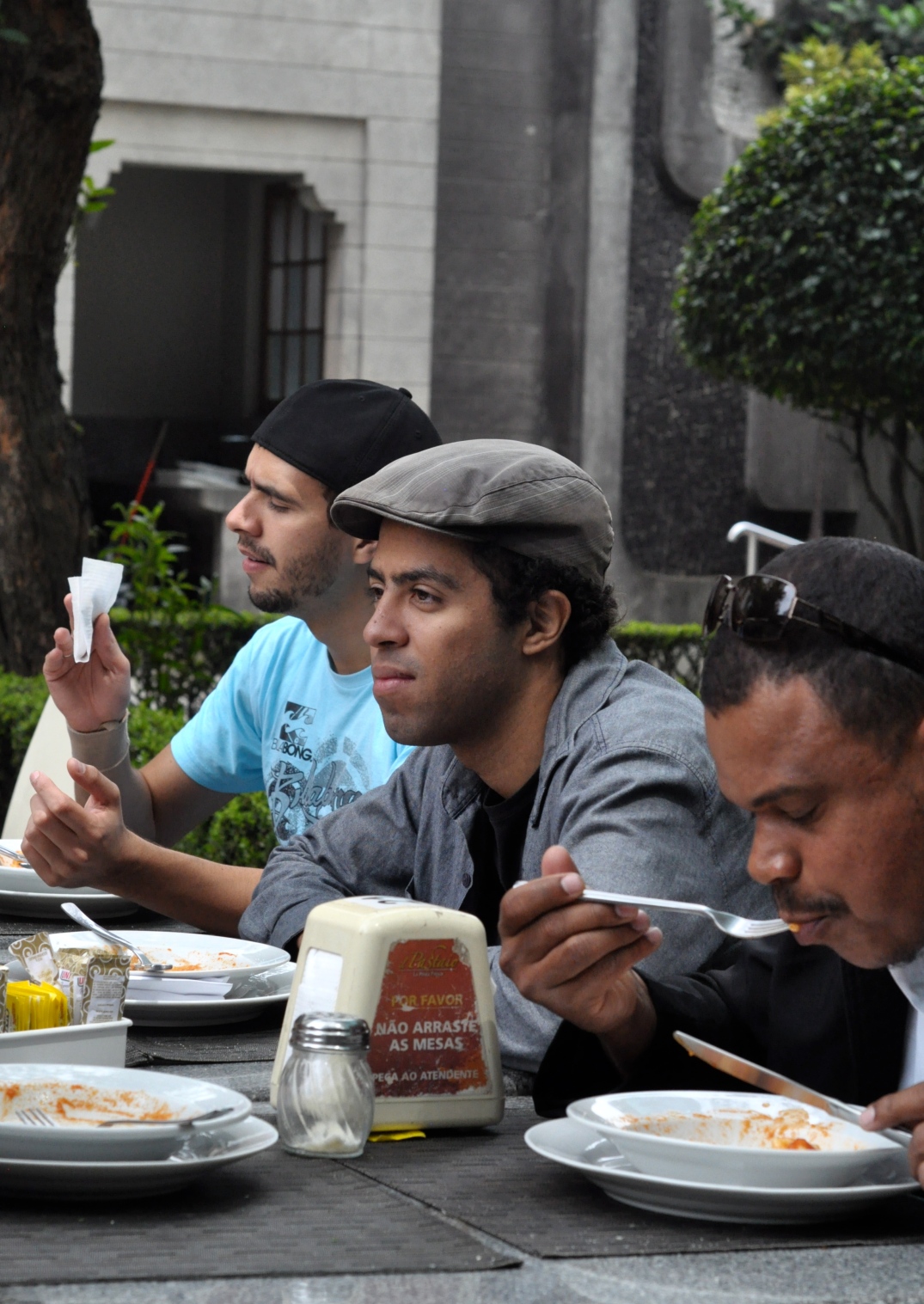 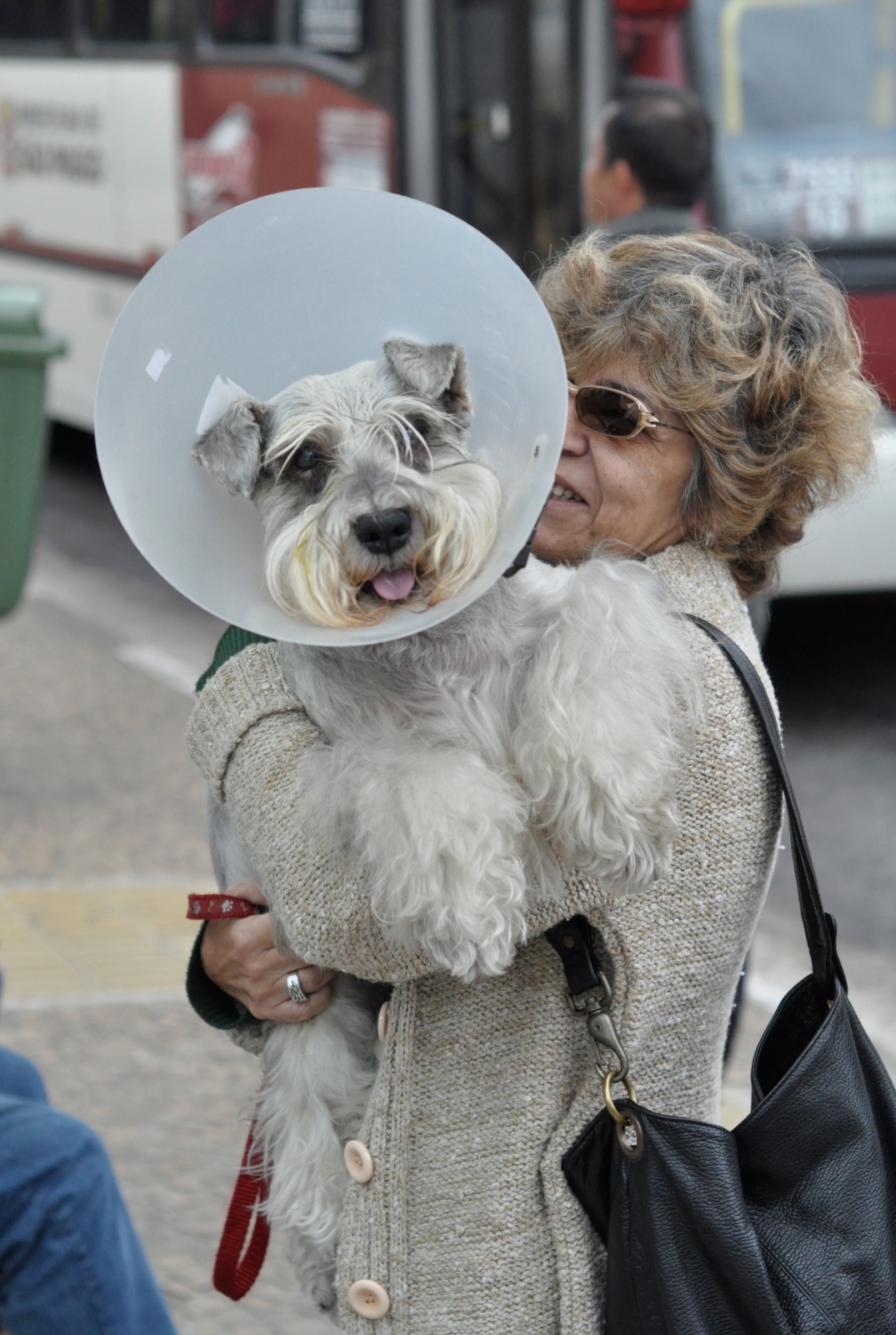 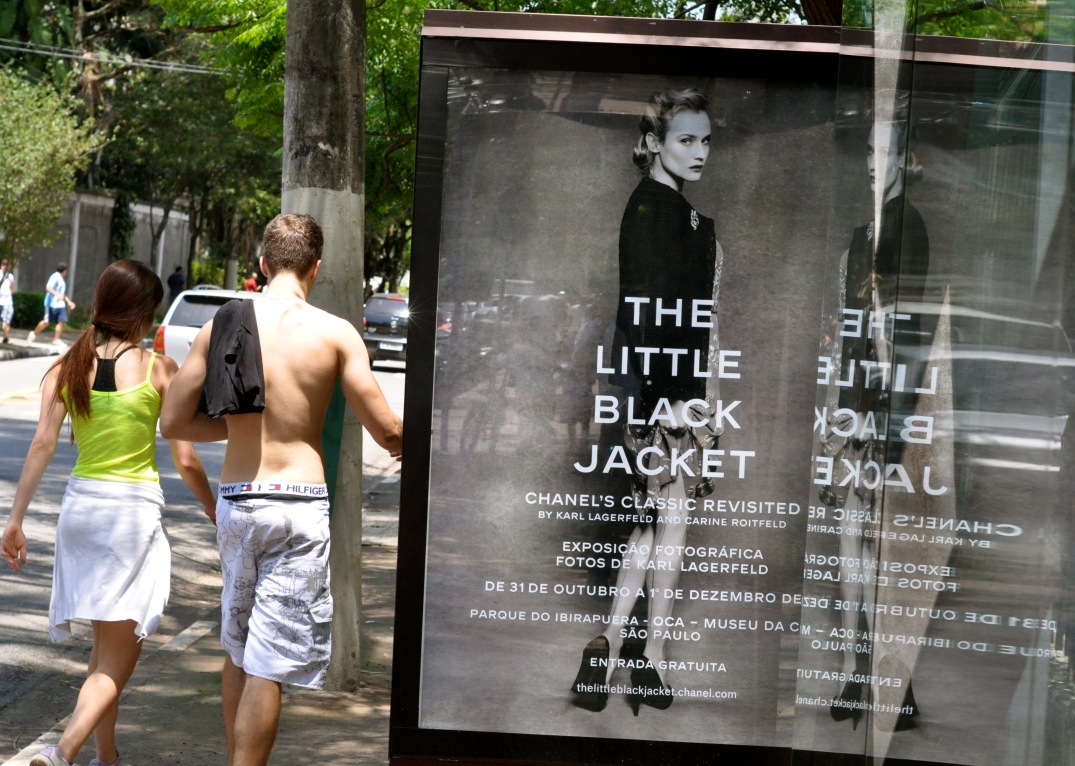 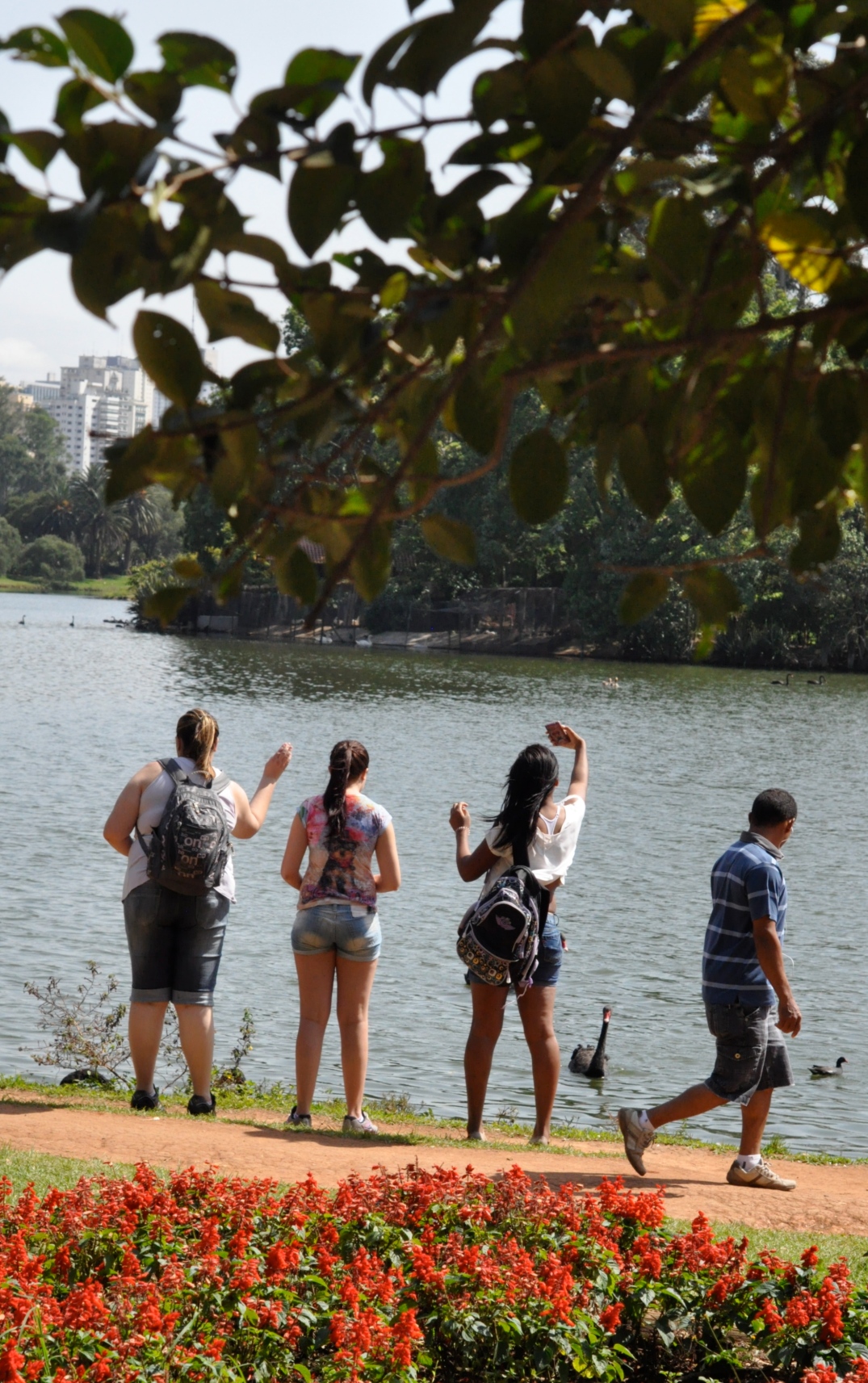 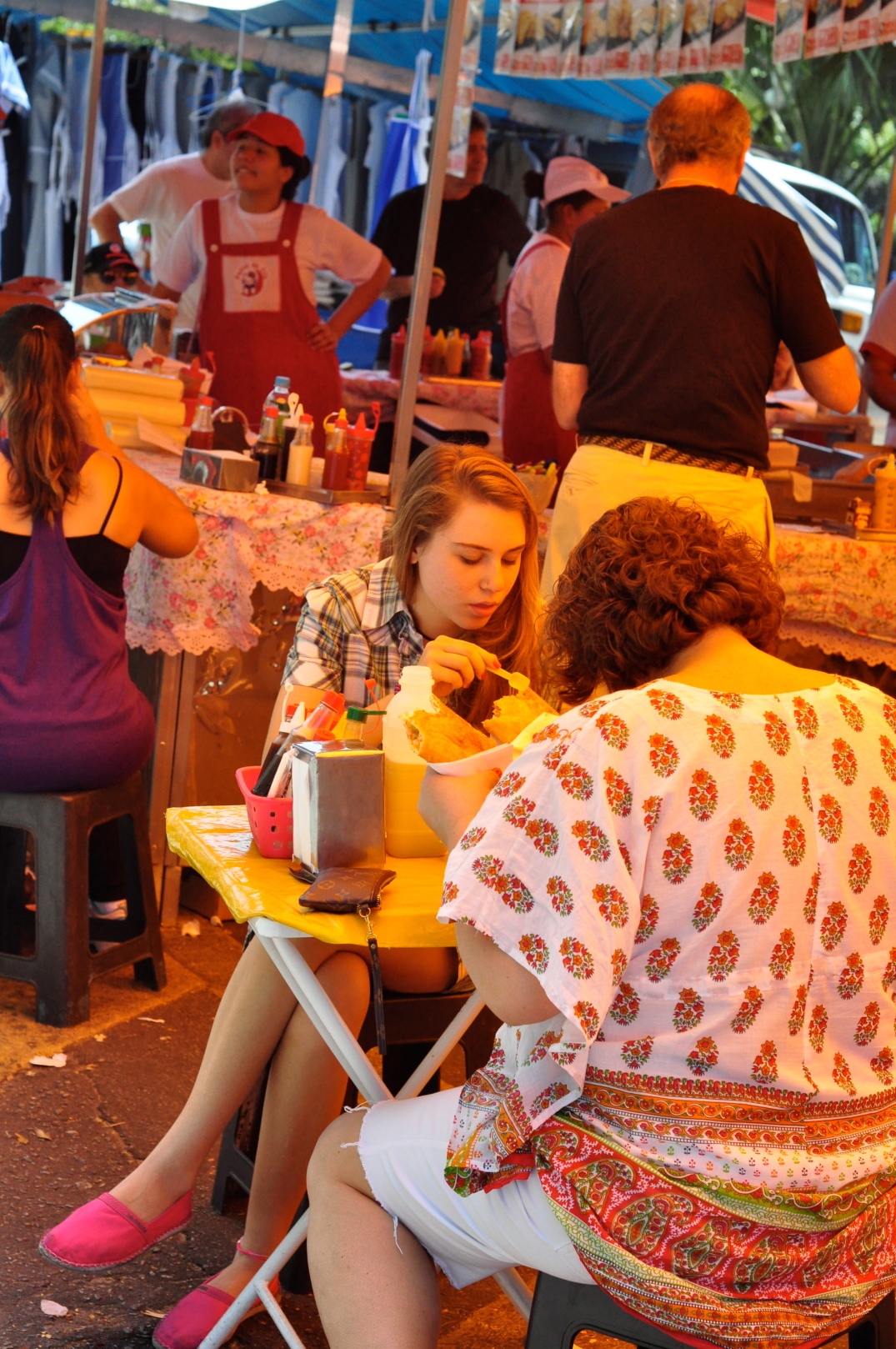 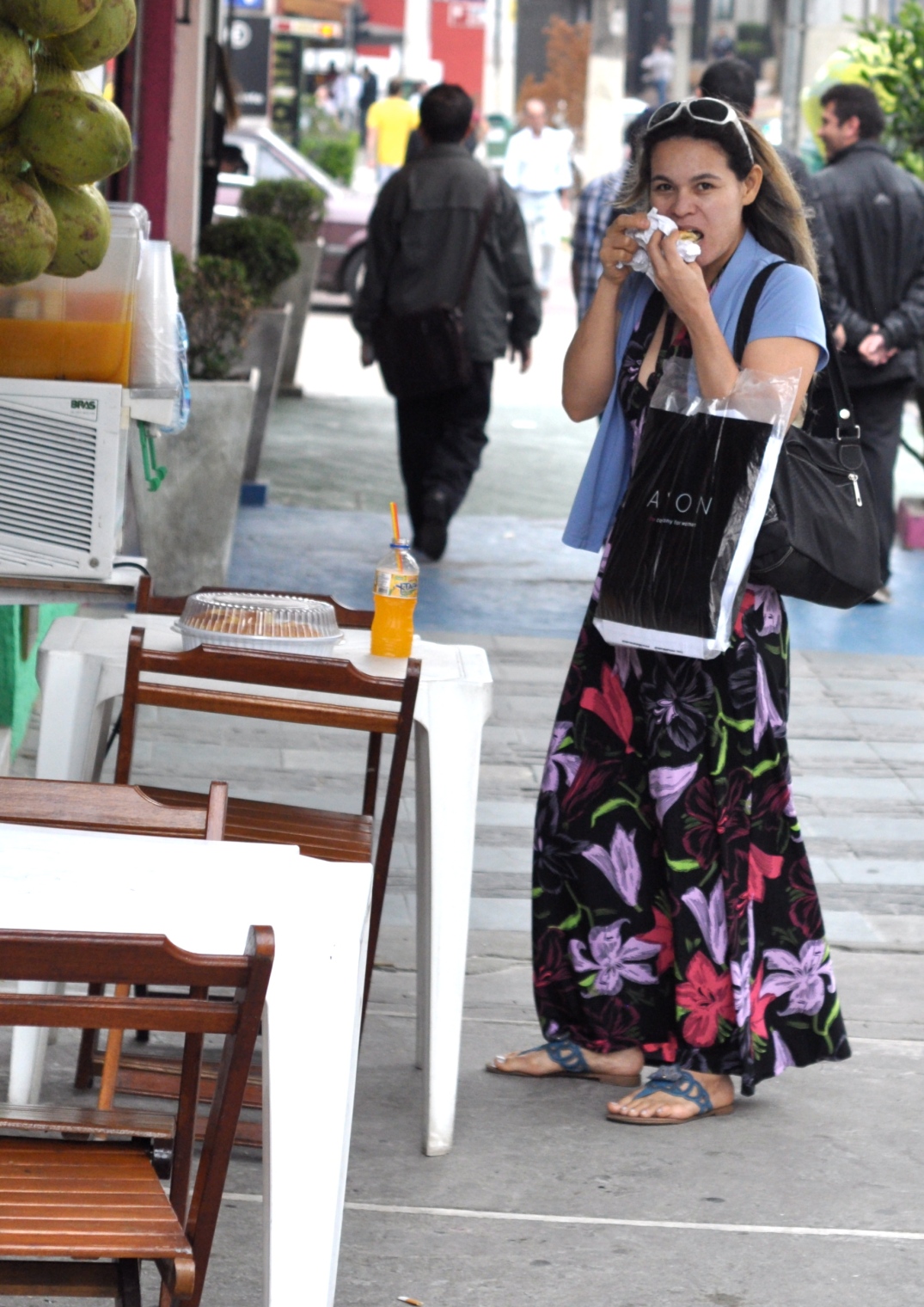